In early September, after a long summer of sunbathing and vacationing in Forte dei Marmi, I enjoy coming home to my daily rituals and routine: taking a walk in Giolica, coffee with girlfriends, dinner or drinks downtown, in the city’s bustling piazzas bursting with people and life.

I love September, mostly because it’s Ines’s and José Manuel’s birthday month. Their birthday parties are a family ritual that announces the arrival of fall. As they were born one week apart, we used to celebrate their birthdays together. But this year, since they are older now, we are throwing separate parties, each with their own friends! On Tuesday, September 13, we celebrated Josè’s fifth birthday with a circus-themed party.

The garden was transformed into an American-style amusement park with cotton candy and popcorn carts that we hired at Clown Bussola. I took care of buying party supplies and decorations online. But when it comes to entertainment and setting up the party, I always need their invaluable assistance: Francesca, who works at Prato’s Città del Sole shop , provides children’s entertainment ideas and makeup, (the entertainment this time it was the brilliant MAGO CAPPELLO) while her sister Silvia, from the Ballon Express Shop in Prato sees to the themed-party setting. We are a well-tested team by now, after several parties together! And, thank God everybody were there, because this time we had a rocky start to the party. One hour before the party, while Ines and José were getting into their striped stockings and suspenders, rain poured down on us, leaving everything soaked in a matter of seconds. We even considered the possibility of rescheduling the party at the last minute.

But then the sky cleared, our guests were due any minute, so we rolled up our sleeves, dried everything up in no time and saved the party. The kids played, danced, laughed and enjoyed the birthday cake, a circus-themed sponge cake decorated in sugar paste. The catering service was provided by Bar Tazza d’Oro on Viale della Repubblica, a guarantee of quality and style. Photos of these unforgettable moments were taken by Studio Righi.

Next party… on Monday, September 19, for Ines’s ninth birthday. Hopefully, without rain! 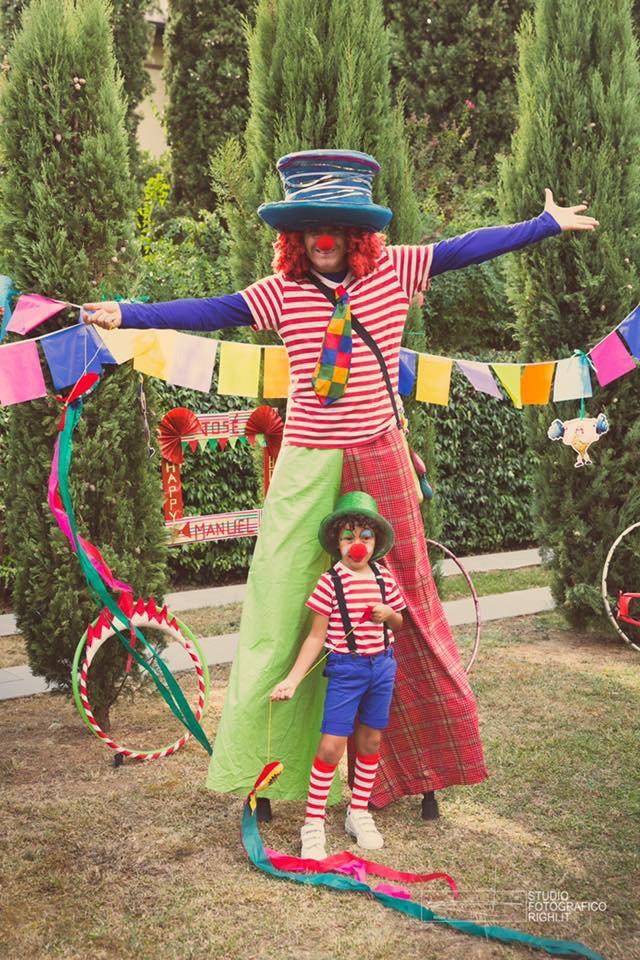 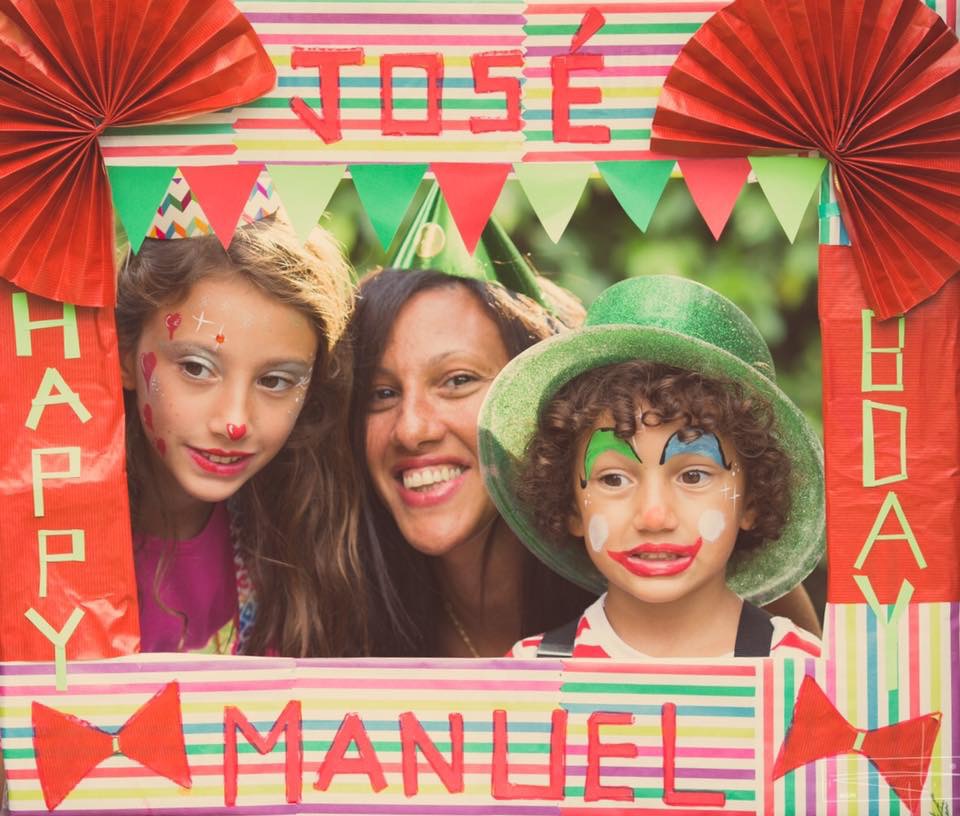 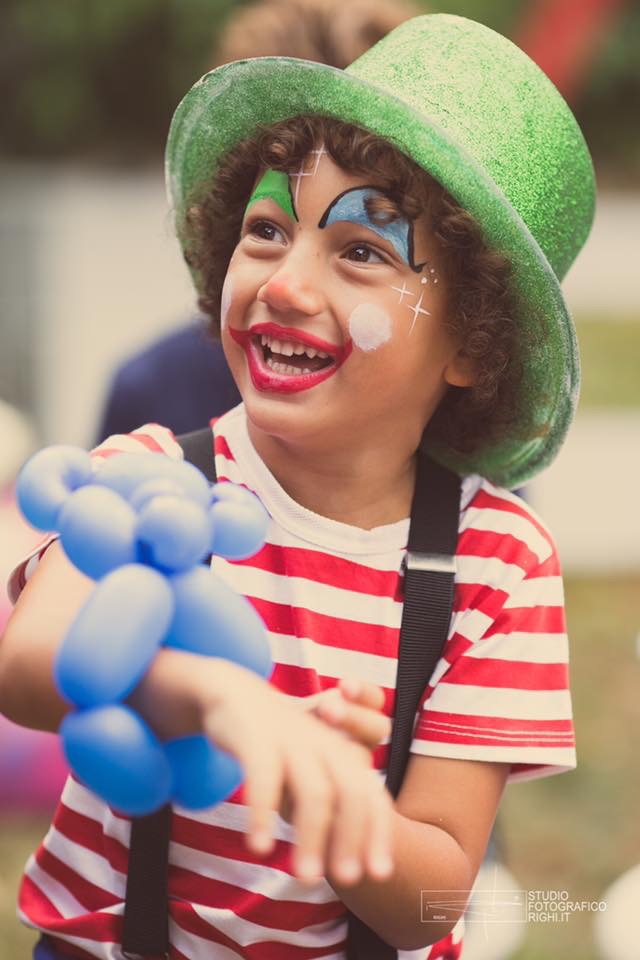 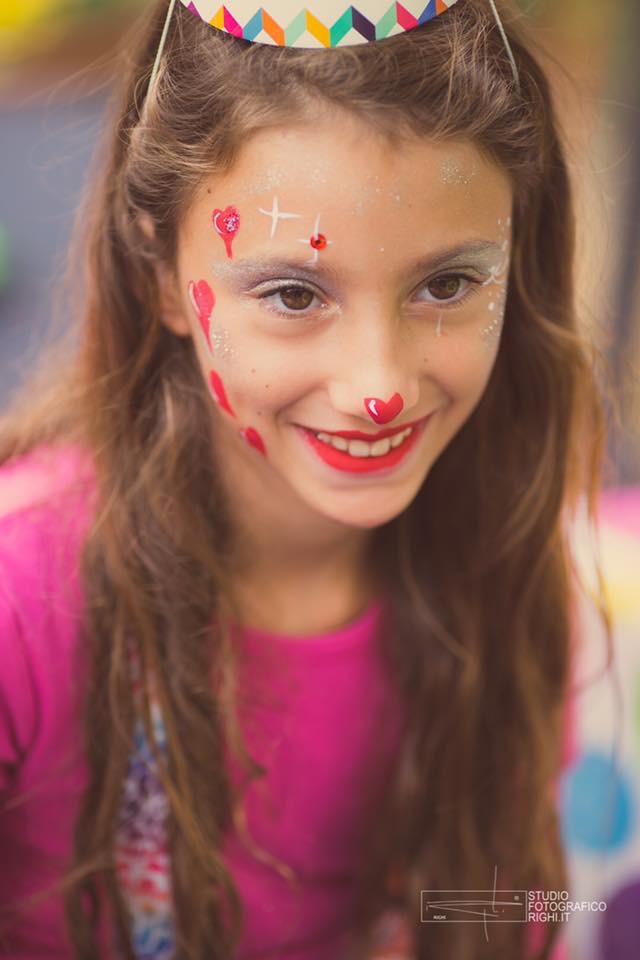 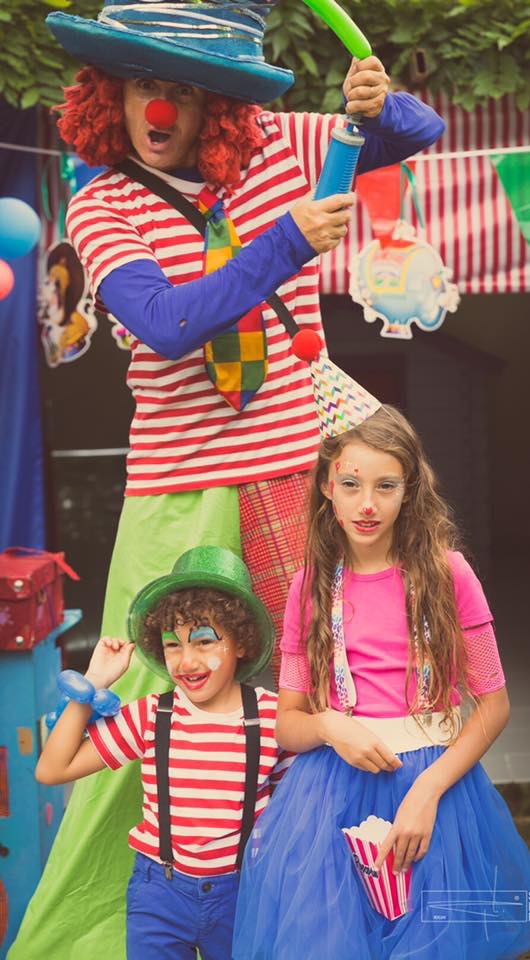 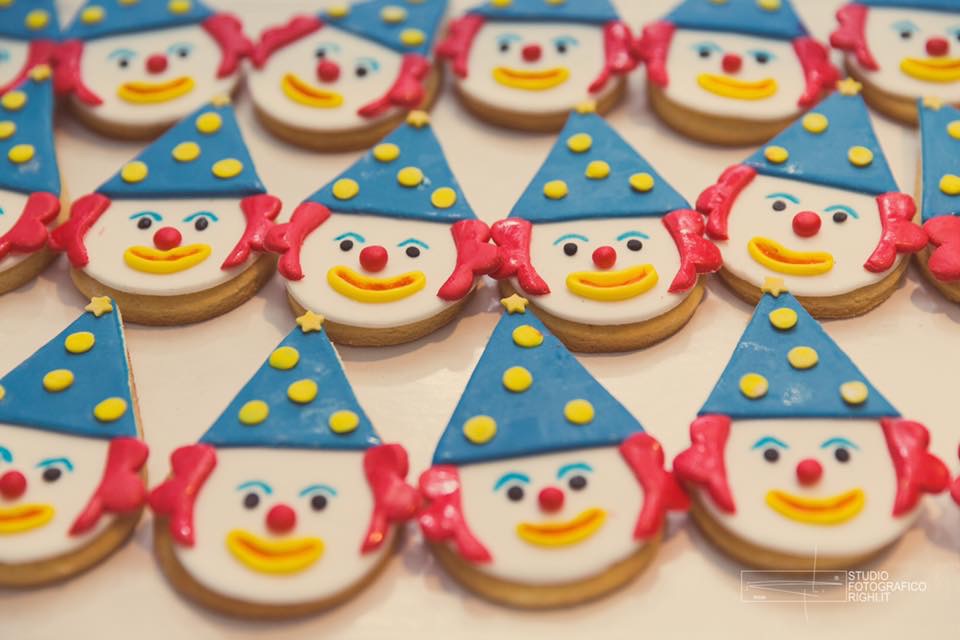 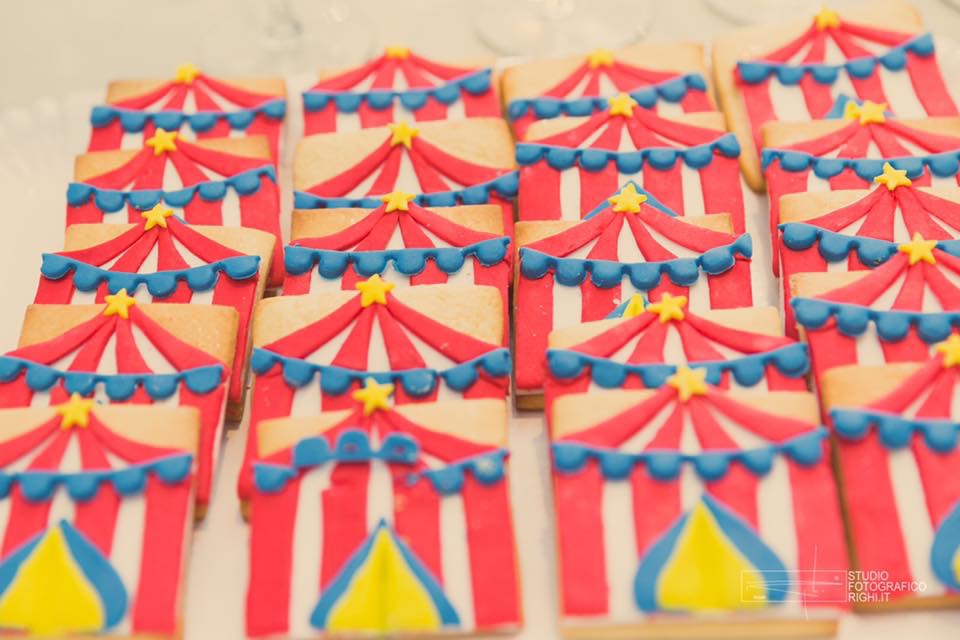 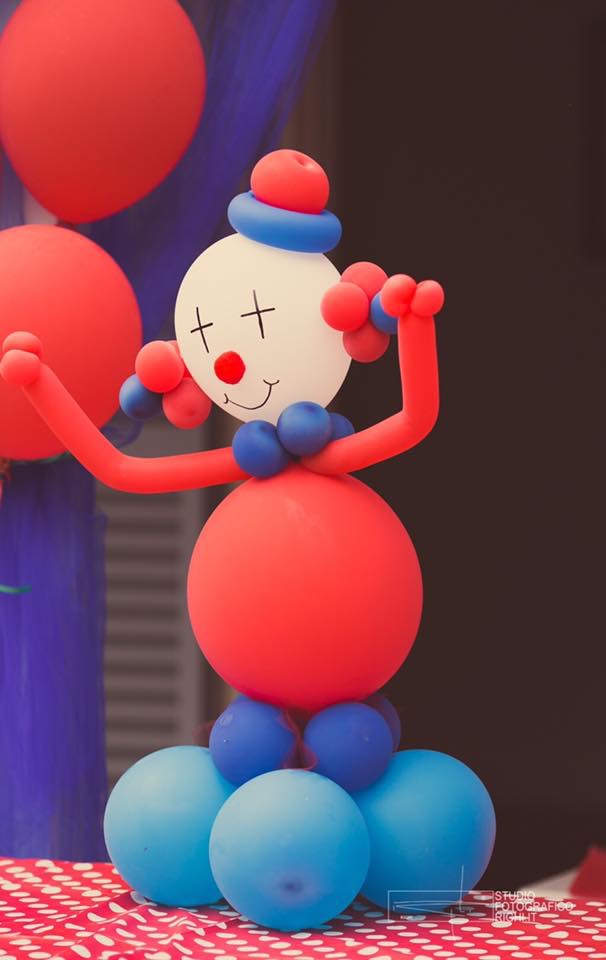 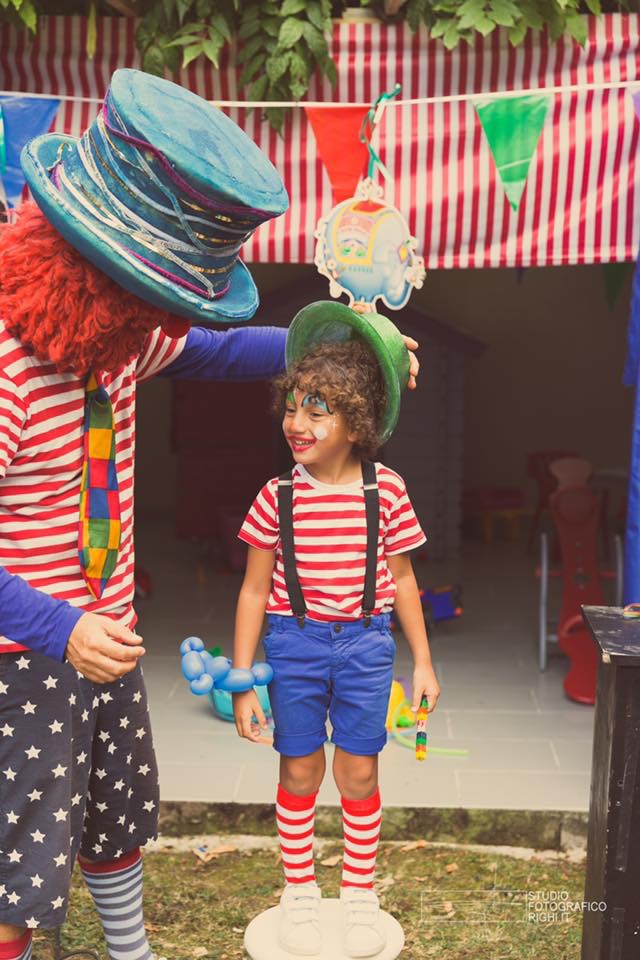 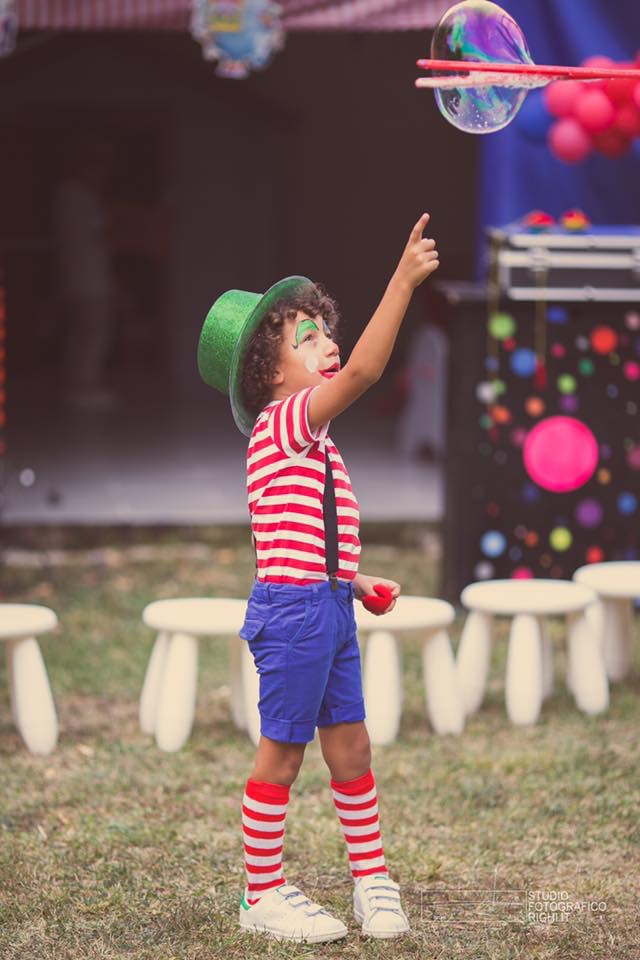 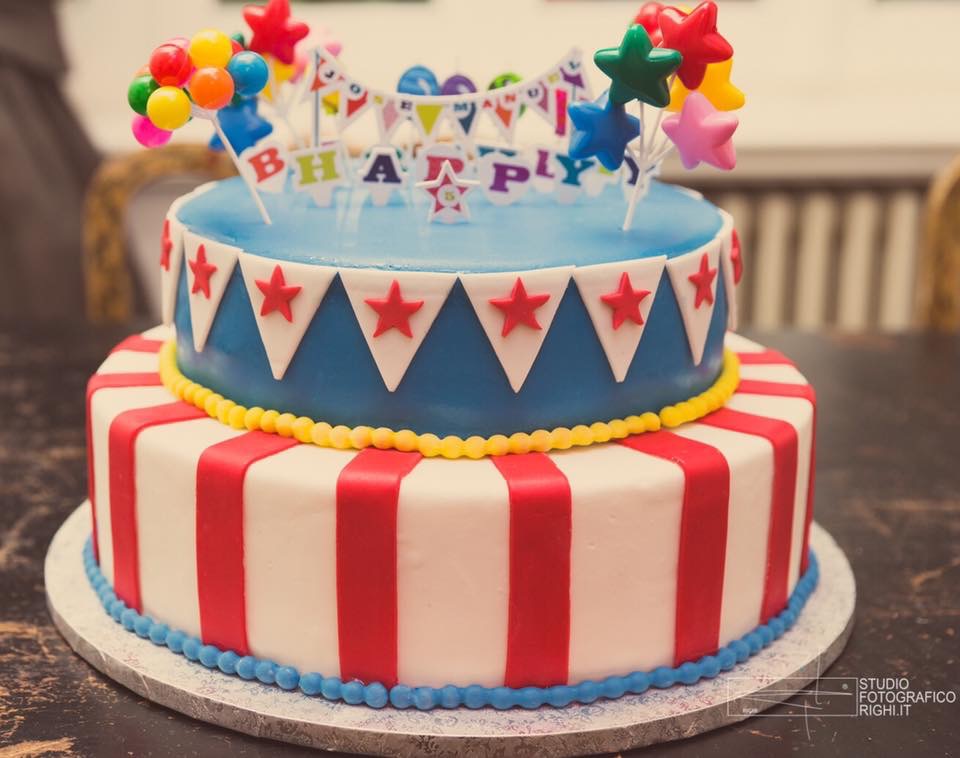 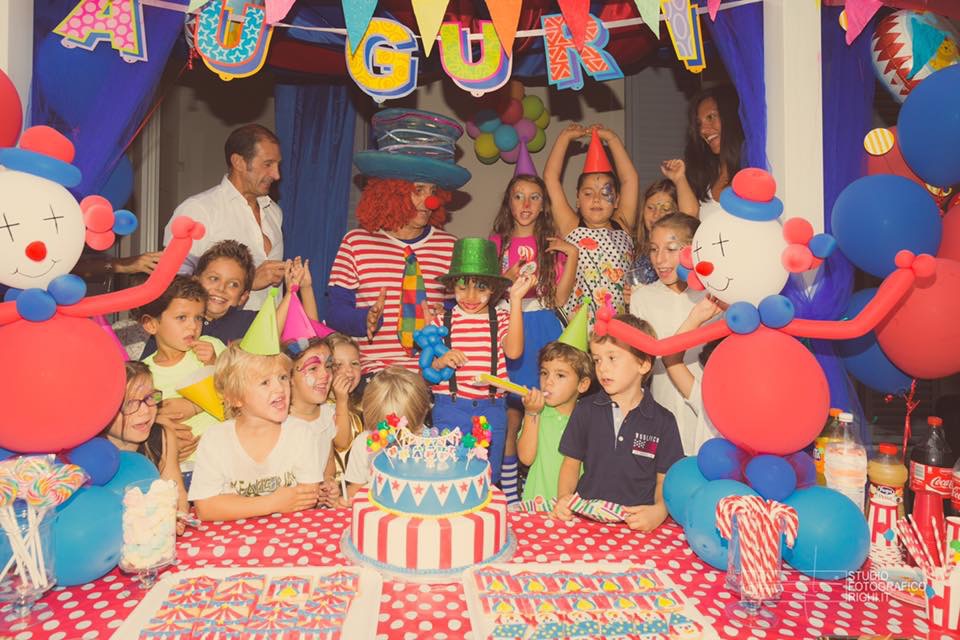 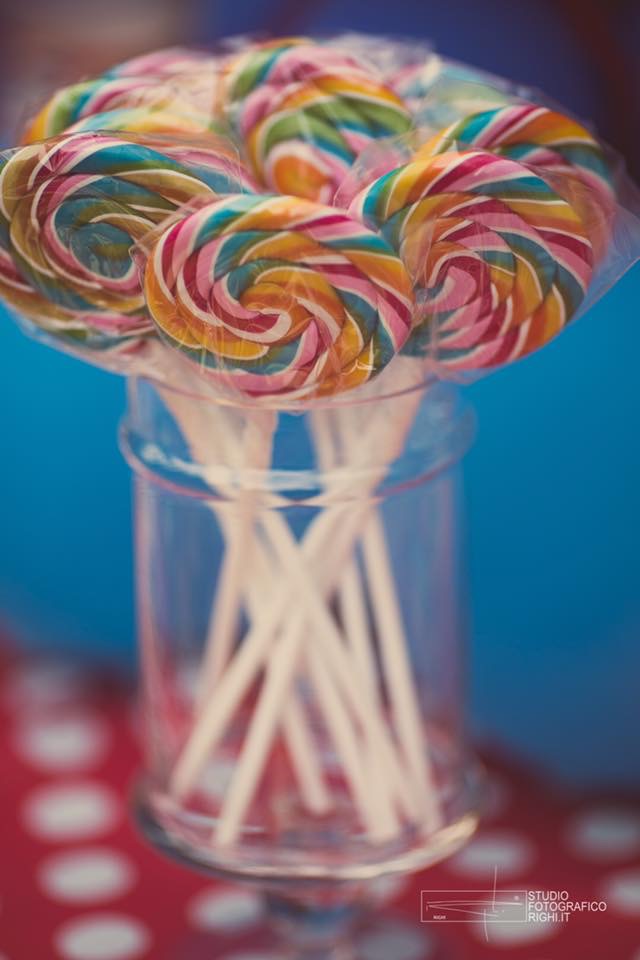 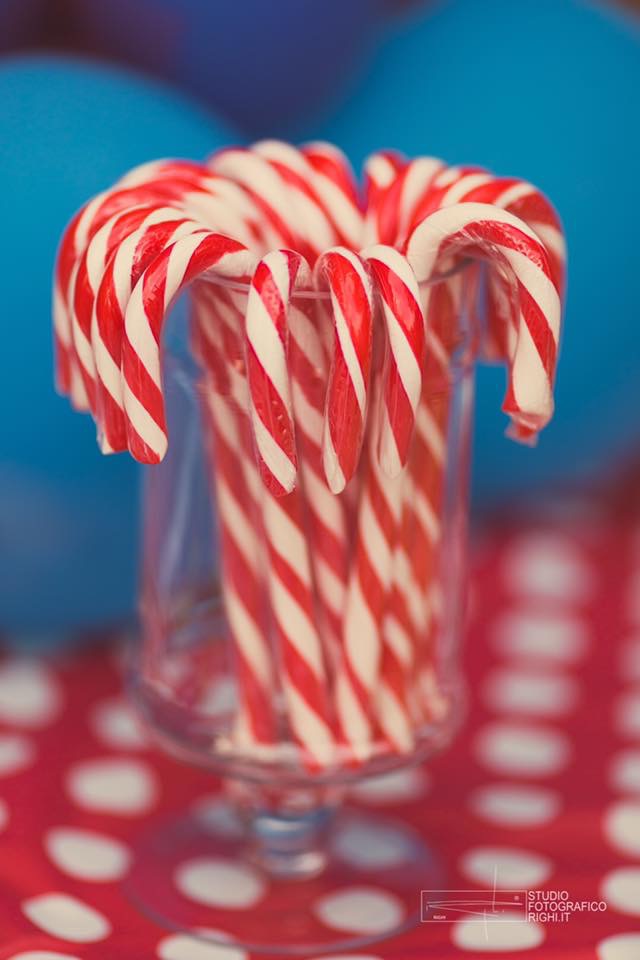 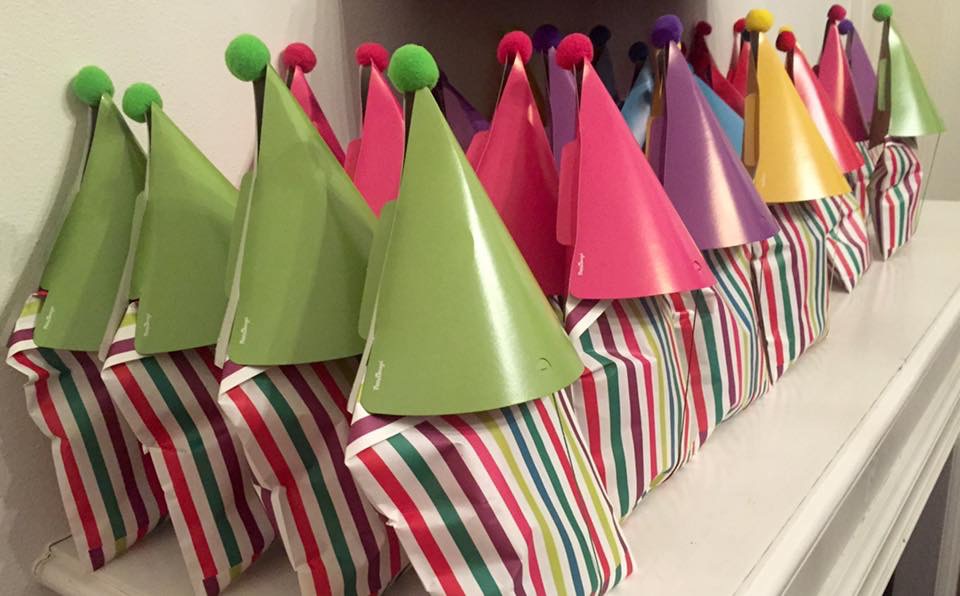 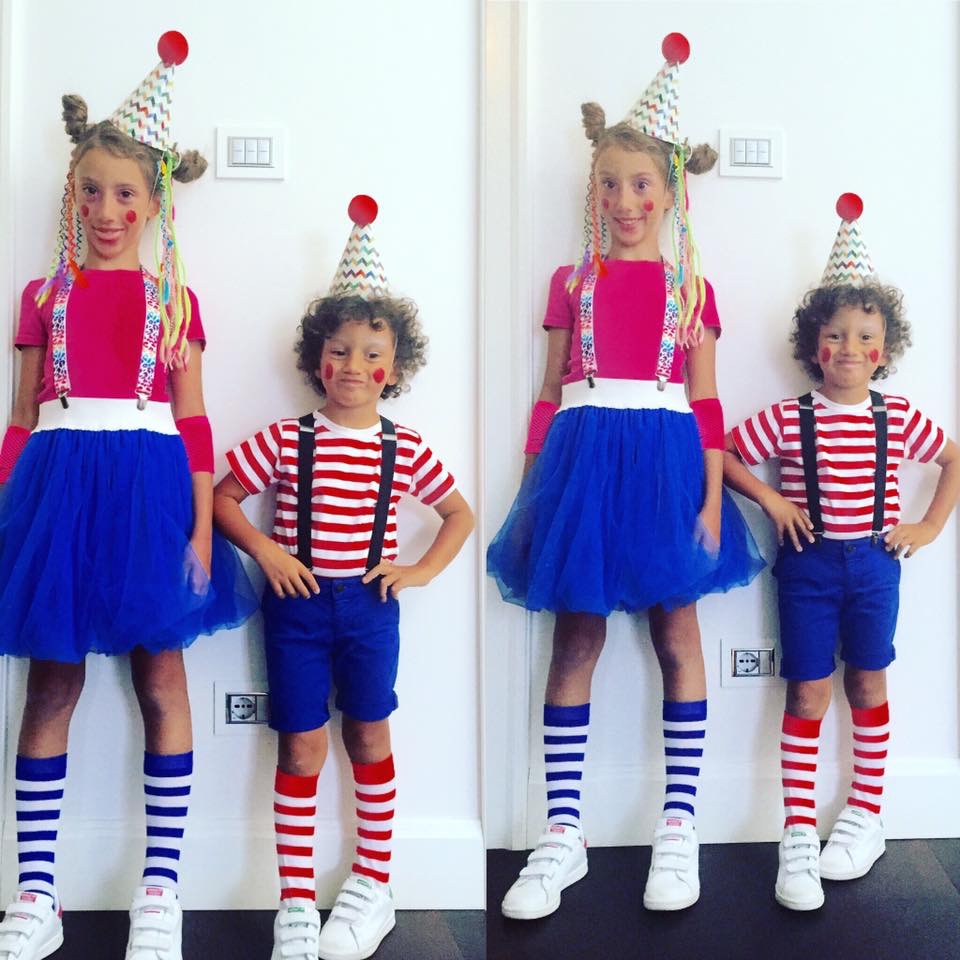