Very far away from the ice-cold Arendelle kingdom, a little snow princess celebrated her birthday with a Frozen-themed party: dressed in blue like Elsa, the young Ludovica twirled amidst the tulle-covered tables  and snowflakes hanging from the ceiling, balloons and garlands of blue flowers.

As I was involved in the planning, I suggested the Tennis Club’s terrace as the party location.  It’s a comfortable and versatile setting, overlooking a green park in the heart of the city. Balloons were provided by Silvia from Balloonexpress and I ordered all decorations online at Wimipops. Entertainment, including  the little princesses’ fashion parade, was by Montefantasyanimatio. Colored marshmallows  and lots of themed sweets attracted little hands and made the atmosphere feel crisp and wintery. 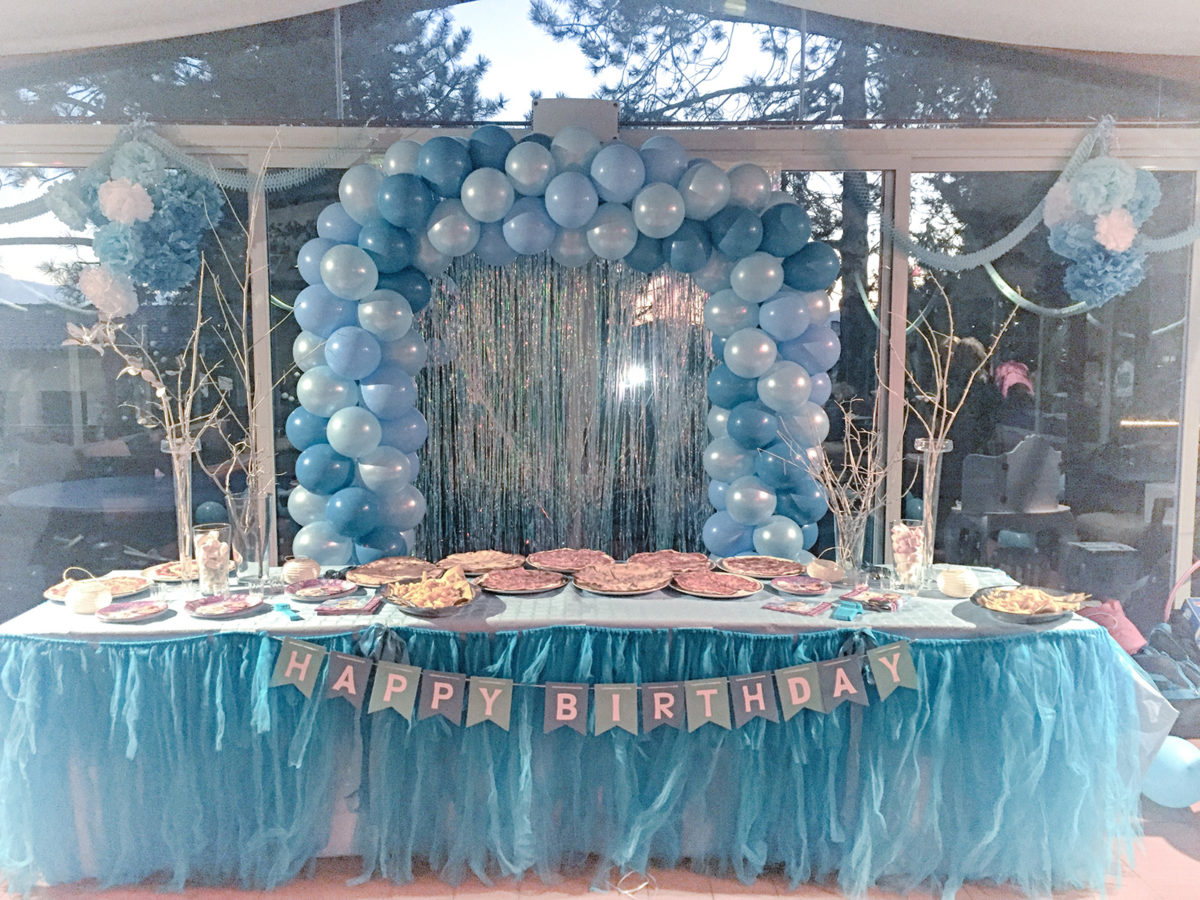 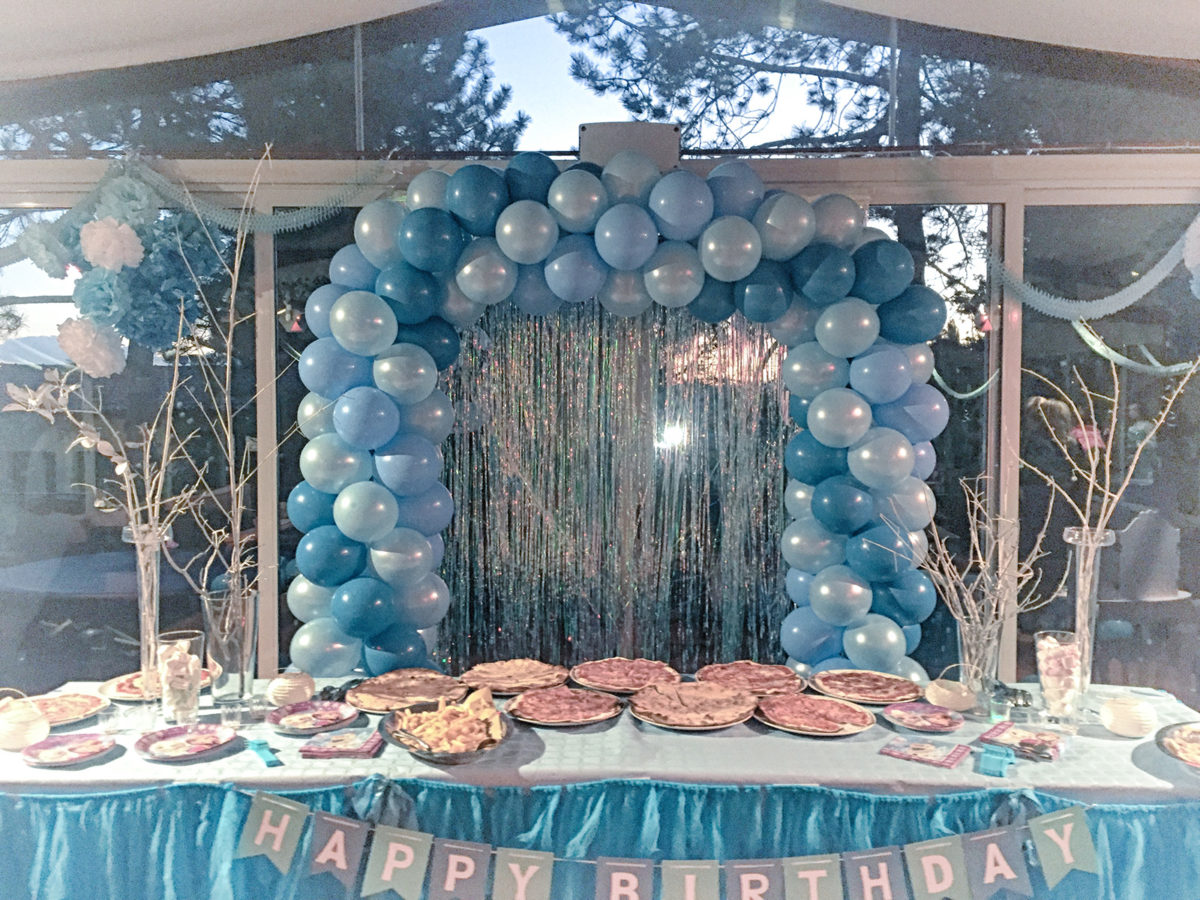 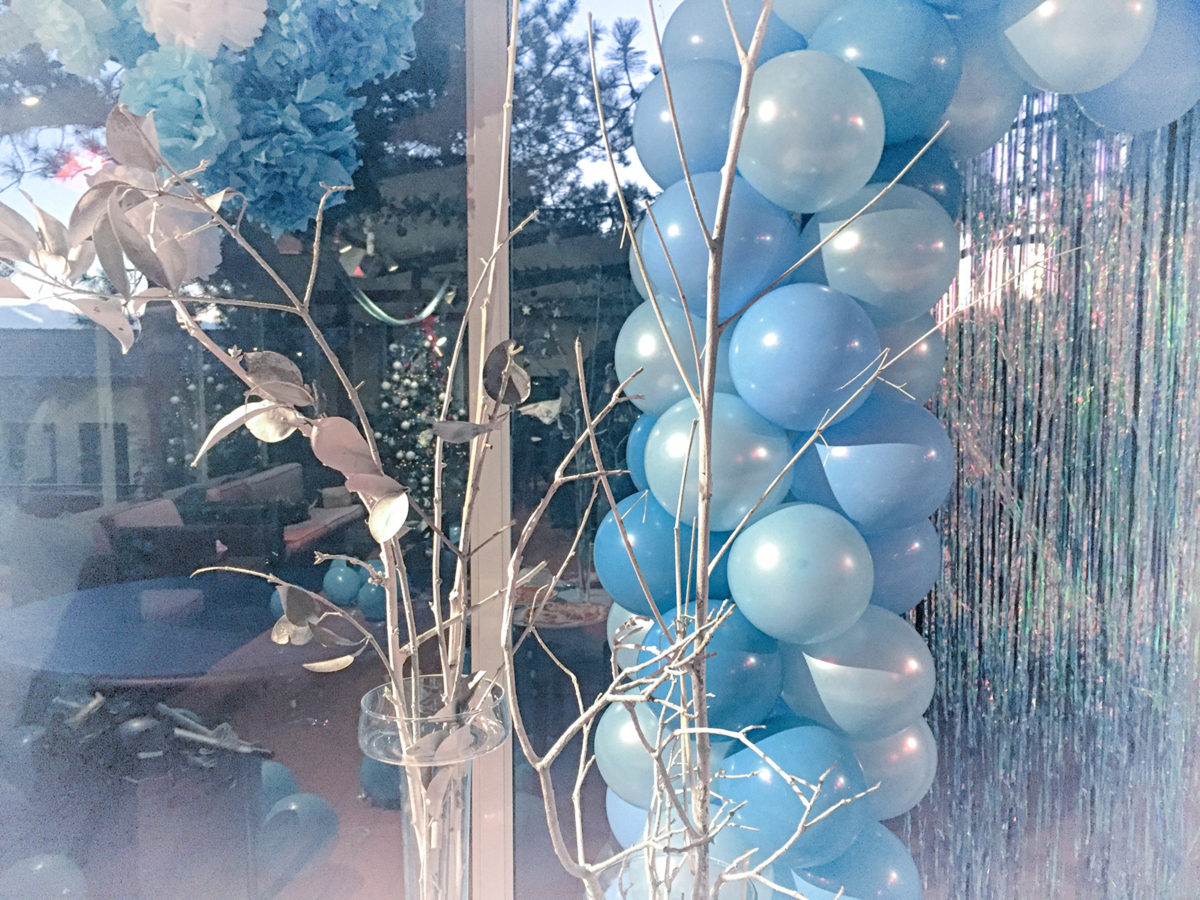 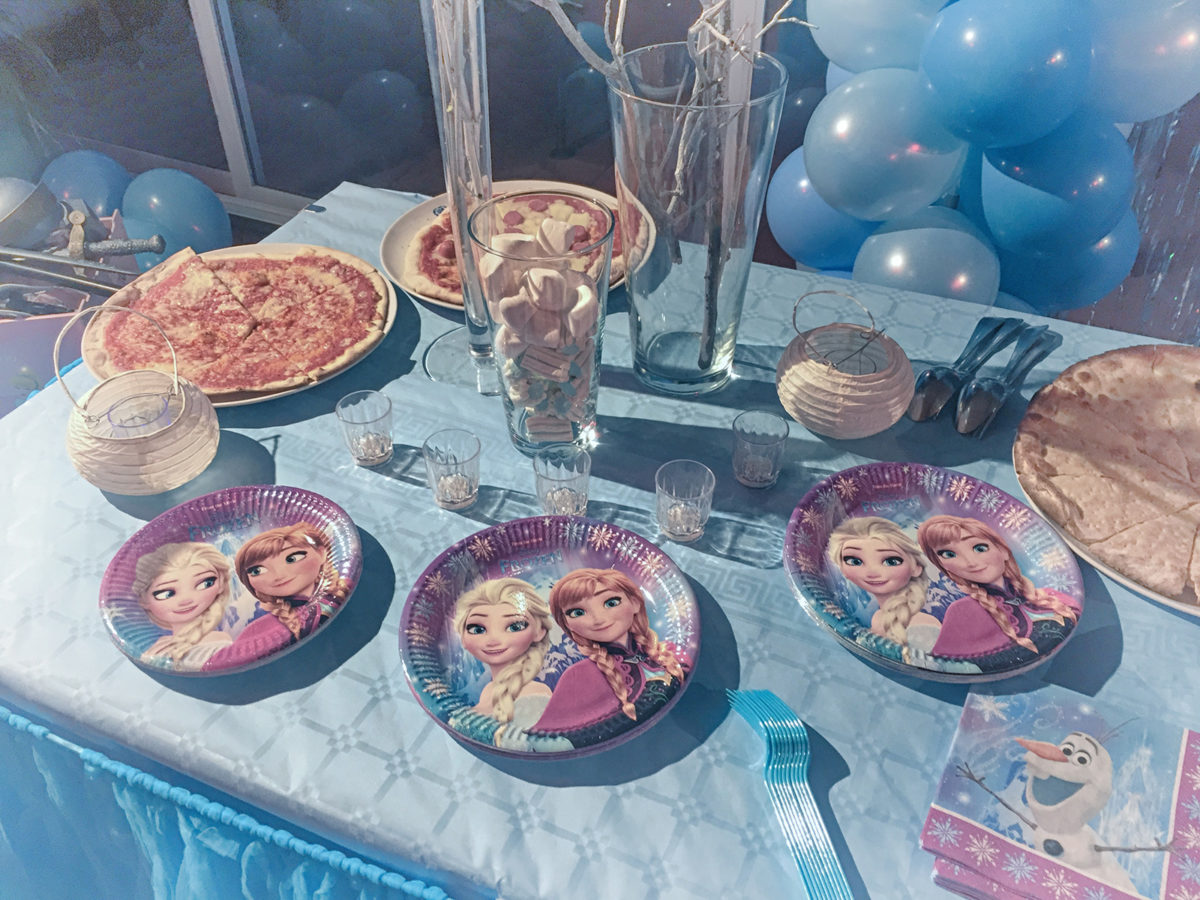